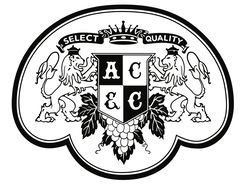 The history of the Carbone family and their passion for wine began many years ago in the sunny vineyards of southern Italy in the province of Avellino. With vineyards in his family for several generations, patriarch Guiseppe Carbone was recognized as a wine authority.

Unfortunately, when Giuseppe came to the United States to market his wine, he was killed in a train accident. Under Italian law at the time, the estate of a person who dies without a will (as he did) went to the eldest son over the age of 21. Because Anthony, the oldest, was only 11, there was no one to inherit the vineyard so it reverted to the province of Avellino.

Unable to support him, Anthony's mother sent him to live with relatives in Boston. Anthony became a barber and later a real estate entrepreneur. When he and his family of five children moved Denver he began A. Carbone & Company in 1903 and was importing wines from Italy. Colorado Prohibition began in 1916 which forced the operation to relocate to Cheyenne, WY. When National Prohibition started in 1920 the wine business officially ended, however they continued to import olive oil and cheese, and was manufacturing pasta in Denver. The remarkably thriving pasta business was called the Denver Macaroni Company and ended up selling to what was to become the legendary household name of American Beauty Macaroni Company, which is still prominent across the globe today.  Anthony died in 1930, leaving A. Carbone & Company company under the care of his sons, Giovanni (John), Arturo and Americo. 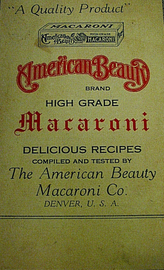 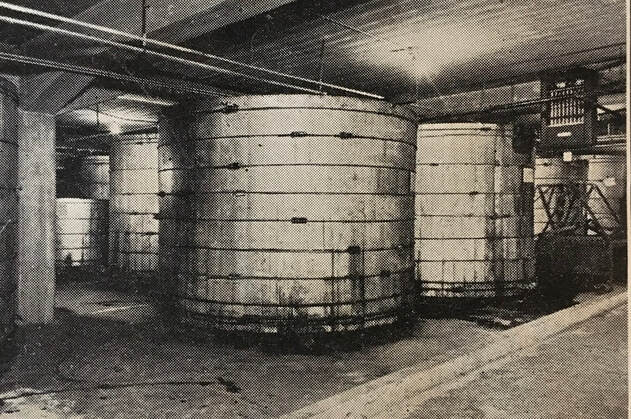 Immediately following the repeal of National Prohibition in 1933, John Carbone returned A. Carbone & Company to the business of wine and launched the first licensed and bonded winery in Colorado under the label CARBONE WINE. As president of the company, John’s vision was to bring a new industry to the mountain states through fermenting, aging, blending, bottling, and distributing wines in Colorado. As the grape growing regions of Colorado were not established yet, the company purchased bulk grapes and must from California and transported it via sterilized railway tank cars to the plant in Denver. The wine was stored in large redwood tanks until it was time to bottle.

In addition, the company became the largest liquor distributorship west of the Mississippi. Their warehouse—on Wazee Street across from The Maven Hotel in what is now LoDo—burned down in 1942 in Denver’s largest fire at that time. Exploding whiskey bottles made the fire a menace for firefighters to bring the blaze under control, and in total 80,000 gallons of wine were lost. At the time, it was the largest fire Denver had ever seen. The source of the fire remains unknown, however arson remains a likely scenario from competing interests. The company quickly rebuilt a new facility a few blocks north on 1100 Wazee, which thrived for many years until the company leveraged its assets into Carbone Investment Company, which remained active under the leadership of John Anthony Carbone Jr in Denver well into the 21st century. 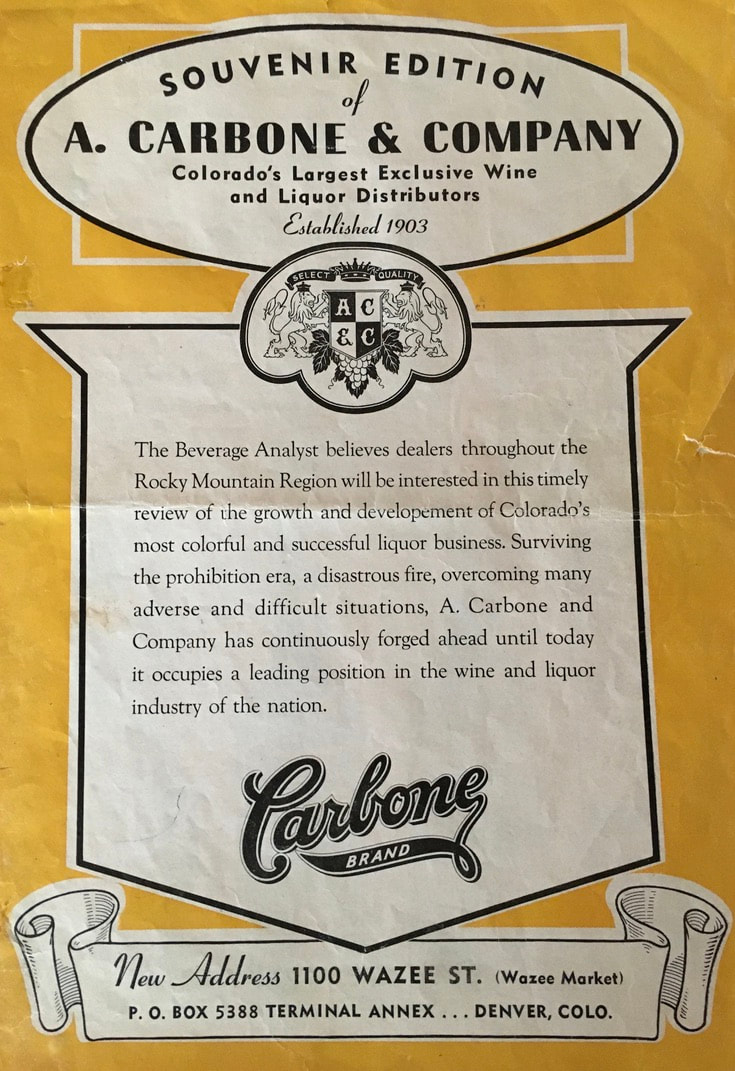 Like their grandfather did so many years ago, Nick, Mike, and Dave Chambers with their nephew JD Kettle have brought the business of wine back to A. Carbone & Co and the Carbone family. They have started the renovation of a 1936 adobe gymnaisum in Mosca, CO to serve as company headquarters for a new era of wine and spirits.

The company has chosen Sauvage Spectrum, a sustainably farmed estate vineyard  in Palisade, Colorado, to custom crush a red blend for its re-born Carbone Wine brand. “Working with the Carbone family and their historical brand was an easy decision,” said winemaker Patric Matysiewski. “Our thoughts and values align with the family and the amazing projects Nick is working on in the San Luis Valley. The resurrection of their storied brand with such great commitment to their local market and Colorado agriculture in general made them an attractive partner to work with.” 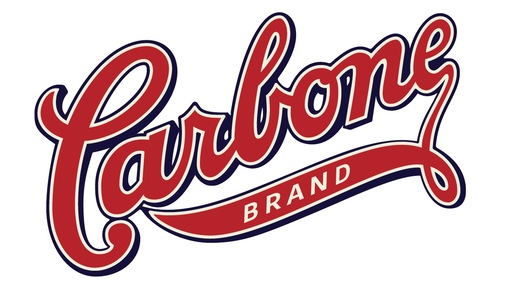